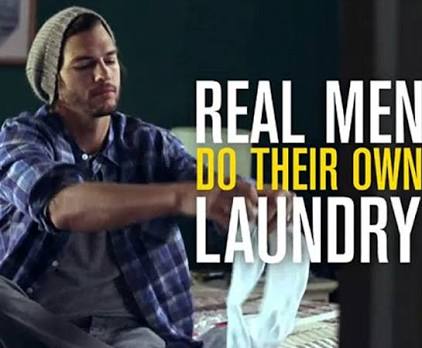 Last year An Indonesian sports apparel company named Salvo Sports on their new jersey model released for a football team added the wordings inside the label “Give this jersey to your woman. IT’S HER JOB” as a tip for wash care. It backfired so massively and they were made to apologize publicly and later released a statement.

The statement came as follows

The message is simply ‘rather than fussing and washing wrongly, it is better to let the women do it as they understand the problem better’. There is no intention at all to insult women. In fact it’s the contrary, (telling men to) learn how to take care of their clothing from women as they are more thorough.Not all men understand or know how to take care of their clothing, women are experts in such matters.

This incident proves not only in INDIA , these gender prejudices exist worldwide and most of the people think women are meant to do the cooking and laundry work, while men are to earn and provide for the family.

Recent shift in growth of society as a whole is mainly due to  the emergence of gender equality & women getting equal opportunities in workplace etc.

Multiple surveys show statistics such as ‘70% of married Indian women feel they spend more time on household work than with their husbands‘ ,’ 76% of Indian men believe laundry is a woman’s job‘ ,’85% of working Indian women feel they have two jobs, one at work and the other at home‘,’more than 2/3rd of Indian men prefer to watch TV than do the laundry‘,’more than 2/3rd of married Indian women believe their marriage would be happier if the man did the laundry at home‘ .  Incidents such as above and these survey results show that why as a society we are not moving forward and just going backwards.

Why go backwards? Just be a real men, #ShareTheLoad  and lets move forward as a nation!!

Happier household is one where all responsibilities are shared. Sharing is caring. So lets take a pledge , Share the load and lessen the burden on the women of our family and make them smile. 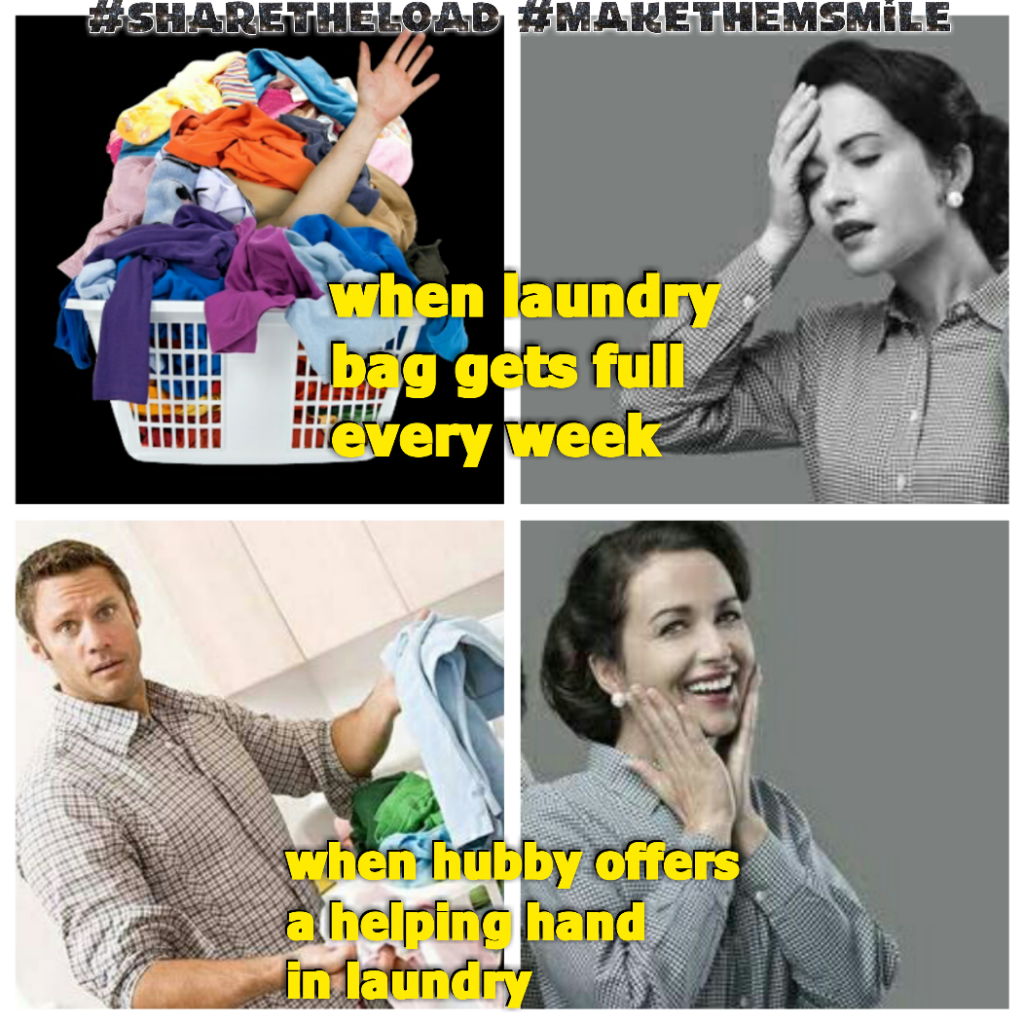 After taking part in Ariel’s much successful #WashBucketChallenge I have been continuously supporting my mom in household chores during weekends.  Having Washing machine does make it little easier 😛 . I will continue to do so in future. Here is my post on the same : Sharing is Caring

I am joining the Ariel #ShareTheLoad campaign at BlogAdda and blogging about the prejudice related to household chores being passed on to the next generation.